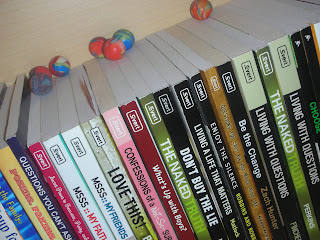 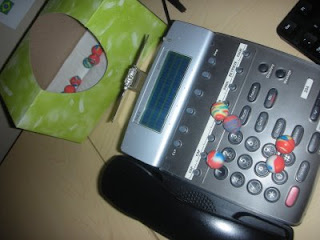 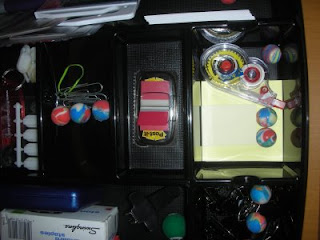 My dad is a member of a bouncy ball club. When I asked him why he was carrying around a little red ball with him everywhere he told me about the club that he and his friends started. I replied first with an emphatic “are you serious?” but then wanted to know everything about it. He called up his friend in Ohio and had him confirm his membership to me.

Now, I have my own club, a Florida chapter you could say. I inducted about 15 students at the mall a few weeks ago–at a bouncy ball machine, where else?

Our club is growing exponentially and students are inducting their friends now.

Today I arrived at work to find about 500 bouncy balls that mysteriously appeared overnight (I was here all night and only went home to sleep). They are everywhere. Someone planted them and they are saturating every corner of my space. The perpetrator even went as far as putting bouncy balls between the pages of my Bible. Someone obviously loves me very much.

P.S. I am currently on bouncy ball probation because I didn’t have my ball with me on numerous occassions this week when other members were around. The rules are sacred–so I’m out for a week.