A new best friend and some thoughts on rule makers. 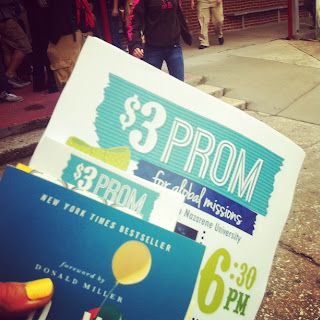 I have a new best friend. He just doesn’t know it yet.
And since life is just way too short to have only one best friend, all of my other best friends certainly understand.

His name is Bob.
He gets me at a level that many people don’t.

I think it’s because love makes best friends out of people who have never met.

He write’s his story in a book titled, Love Does.

It has become one of my favorites.
Right up there with Gift from the Sea, Operating Instructions, Bird by Bird, and Jonathan Livingston Seagull. The thread I’m finding in each of these books is a wisdom that defies knowledge. A diversion from the patterned way. A hope that unfolds as we discover it with open hands.

Bob told me that he “used to think that rules were made by someone else” but now he knows that “we get to make some of them of our own“.

I used to pull the “opposite day” day card with my friends growing up. I liked doing it so much that I wrote a book called Opposite Day encouraging everyone to play more often. It sold tens of tens of copies.

Jesus liked opposite day too. Jesus was about reverse economy. He made some rules of his own. And he looked a little (ok, maybe a lot) out of place. But it’s during these times when I’m most in tune with Jesus that I find myself declaring every day opposite day and being surprised by joy and a peace that no one else can understand–even when my life doesn’t look as successful as other peoples lives may look.

I became a youth pastor. And my life has been an adventure every day since. I became a wife and a mother. At the moment when I thought my life couldn’t get any sweeter it did. When the pipes burst in our new house a couple of months ago and the plumbers were literally ripping and replacing the guts out of it–I visualized how God replaces things in us–and even while the sound of metal getting sawed in half filled my ears I knew it was worth it and that we’d all be so much better having gone through the changes.

The Gospel is foolishness to some. But to us, it’s the gift of God, it’s freedom. It’s a life that gives and receives love in a way that it couldn’t before we understood it. It’s a rule changer.

Today is our tacky $3 prom. We invite teenagers in our community to show up “tacked out” with the most foolish clothes they can find. The $3 will be given to a pastor friend of ours who is starting churches in places where it’s dangerous to start churches. In places where it’s not normal to preach the Gospel, in places where he could lose his very life.

I look forward to telling our students tonight that they have been washed. They have been made right. They have been set apart to love and to serve in our world–in their thriller pleather jackets and big bow barrettes. The rules can be changed.

Opposite Day wasn’t a best-seller, but the idea is one of my best ideas. We don’t have to follow the rules of the world all of the time. We can make up some of our own.

New rule: You don’t have to meet someone at Starbucks, school, or Skype for them to be your best friend. You can just call them what they are and know that when you do meet them, they will know you, get you, and not be afraid to walk with you when you decide it’s time for leg warmers and shoulder pads.