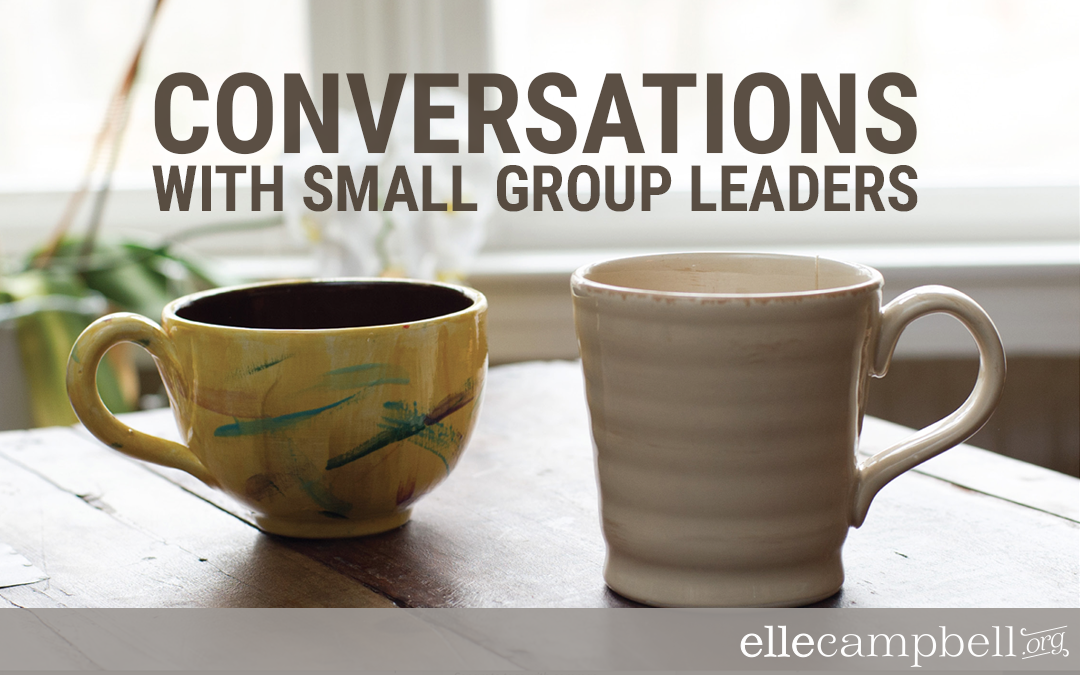 If you haven’t met her yet, her name is Elle, and she’s my guest blogger today. She’s one of those people that I can’t spend enough time with. I tend to really lose my chill around people who have double consonants in both names. It’s just more fun and sort of not fair that only some people have that cursive luxury.

Anyway, I love getting to work on fun things together with her–most recently–a little e-single for people to learn how to talk to their small group leaders. I thought you’d be delighted to hear from her today. If you like where the post is heading, you can subscribe to read the rest of our e-single in the link below! We take turns telling stories and sharing tips. Sweet deal Lucille! Enjoy, and be sure to tell us what you think.

Several years ago, the Middle School Ministry at my (Elle’s) church seemed to be going pretty well. Our programs were fun, memorable and well received by our middle schoolers. More kids were coming than ever before, and our numbers continued to grow. We attributed that success to small groups. At the time, every kid was in a small group and we had a ton of great small group leaders on our team. As far as we knew, things were going great!

But then we had a wake-up call.

We played games.
We sang songs.
We taught a message.
We broke into small groups.
We began to take attendance.

And then we spotted the problem.

The good news: 80-something middle school boys had shown up that morning!
The bad news: only two of their SGLs had.

I’m not exactly sure when a small group ceases being a small group and, instead, becomes a violent mob, but I’m pretty sure we crossed the line that morning. While we managed (miraculously) to survive the following 30 minutes with zero injury reports, something clearly needed to change.

Our staff walked away from that morning asking two things. (Okay, three if you count: “Am I fired?”) We needed to know: How did this happen? And how do we stop this from happening again?

Somehow we had totally missed all of this. And that was the problem.

How did it happen? It happened because we didn’t have any ongoing systems in place for measuring the effectiveness of our small groups. If we had, it wouldn’t have taken a crisis to help us see our shortcomings.

Hopefully, you haven’t been in the spot my church was in. But maybe you know what it’s like to be taken by surprise—to realize, suddenly, that your small groups culture isn’t working quite as well as you thought it was.

When you’re trying to gauge whether or not your small groups are working, there are some things you can measure objectively. Like:

how many people showed up this week.
how many SGLs you have—or still need.
how many dollars you have left in your budget.

But those things can’t tell us everything, because there are other aspects of small groups that are very subjective. Like:

how much an SGL is investing in their few.
how well you’re training and equipping your leaders.
whether or not relationships are working.

So how can you measure the parts of your small groups culture that seem so un-measurable? We think you can start by having more conversations with the people who matter.

Talk to kids.
Talk to parents.

But maybe most importantly . . .

Talk to your SGLs.

To read the entire E-Single, subscribe to Weekly here!