But I Don’t Speak Japanese (And every other excuse to not play a game.) 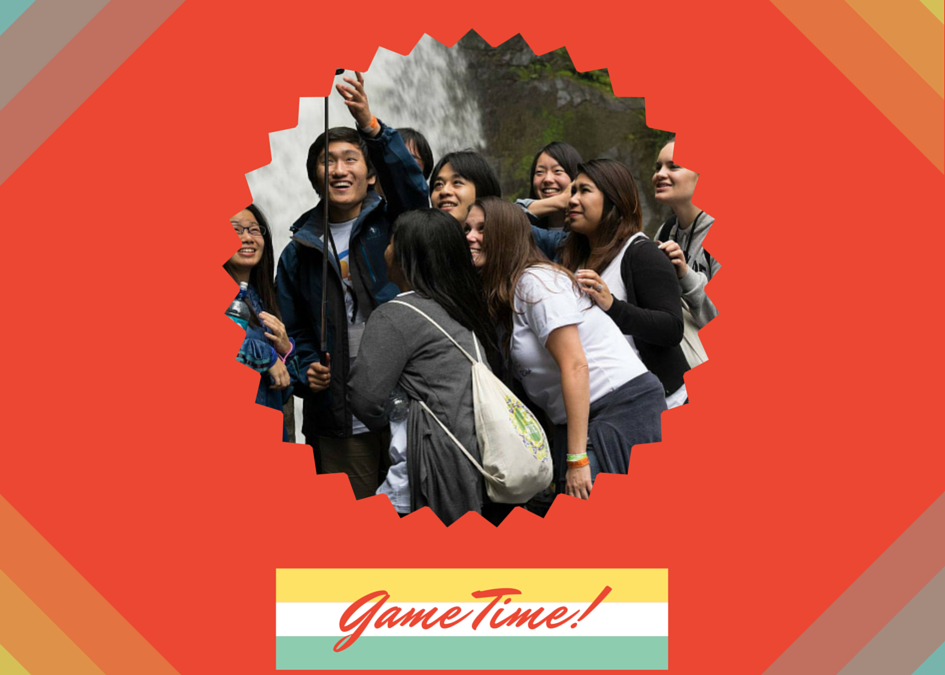 I’ve heard some pretty creative excuses to sit out during a youth group game.

“My stomach is bothering me.”

“I have a headache.”

“I recently broke my femur and I still have phantom pains.”

“Last time I couldn’t breathe when I was running around.”

But sometimes I can tell that there’s something serious going on. You can read and sense anxiety in a kid.

I don’t care how weird the ailment seems. If it seems real to them and is causing them to want to skip the fun, then it’s worth investigating. If it seems like a mild case of uncertainty. I usually do something mildly embarrassing in front of them, by taking the spotlight and shifting it from them to me. It gives them a little window to jump into the game if they want to. Depending on the level of embarrassment it could be a rather large window. (Example: If I’m needing to be resuscitated. Dodgeball has a tricky way of getting my pinky finger in weird spots which causes me to pass out for short periods. Story. Of. My. Life.)

In the other case, I send another leader to sit out and listen to the kid. Most of the time, they’re simply fearful. Afraid and 100% sure that playing this particular game will become a social liability. They’re not wanting any more of those at the moment since eating lunch, walking to their locker, and wearing the bow tie mom insisted on to church on Sunday have all taken the liability spots that they were willing to give up for the week.

So, what happens when you hear yourself giving a game excuse?

I was in Costa Rica at a global youth leadership forum. There were youth and youth leaders from around the world. I was hearing Spanish, French, Russian, Korean, Japanese, forms of English that I didn’t understand…and it was time for us to game share. Basically, it meant a region of the world partnering up with another region of the world to share games that they love. I was nervous when asked to join one of the groups. Not sure where it came from or why I didn’t think for a few more minutes before responding but my response was:

“But I don’t speak Japanese.”

It was funny, because nearly everyone in the group also spoke English. Just because someone from Japan was winning the current game it didn’t necessarily mean that the games would be played speaking only Japanese.

Why was I afraid?

Why was I grasping for a reason to sit out and laugh AT everyone instead of laughing WITH everyone?

Because games are an invitation to be vulnerable.

Everything in me wants to be vulnerable. But everything in me fights it at the same time. We’ve been given so many reasons in this life to fight vulnerability because it’s burned us in the past. But vulnerability at it’s finest leads to life, joy, and freedom. I immediately picked up on the absurdity of my excuse. I jumped into the next game, a little timid, but excited.

Enter Cameron. He is an Aussie (but you say it like the s’s are z’s ). He’s been doing youth ministry for a while and he had a way of getting us acquainted while simultaneously wearing us out.

It was a game called:

Pardon Me, Excuse Me.

The environment: A smallish room. It could be bigger but smaller makes it more fun. (chairs, sharp / corner edge things, or candy on the floor should be pushed to the side)

The rules: Everyone runs with their arms crossed over their bodies (Imagine going down a water slide, or being a mummy in a coffin (thank you Elle Campbell for the better word picture), Each person chases their partner until they are tagged. Once they are tagged the chaser becomes the chasee. However, if you bump into anyone (and you will, multiple times) you must say PARDON ME, EXCUSE ME….loud…every time.

As soon as we started it was chaos. The girl I was chasing would always end up on the floor. I’m not sure how but she would slip as I was trying to tag her and land on the floor. I’d get moshed by chasers and chasees while trying to help her up, yet run from her at the same time. I was laugh crying at the end. It’s also one of those games where everyone really appreciates their oxygen afterwards.

I’m so glad I didn’t let my inexperience speaking Japanese keep me from the wonder that is PARDON ME, EXCUSE ME.

I’m so glad games are like that. WONDER FULL.

They transcend so much in the world. Languages. Cultures. Perceptions.

Soon after we had settled and began breathing again. Cameron asked us to pray for our partners. I had just met my game friend. But she was already special to me. I’ll never forget her, or her prayer requests. I know what burden’s she is carrying and also the twinkle in her eye when she’s having fun. I like that the game moment made room for a relationship moment.

Thanks Cameron. For sharing your simple game with us. It reminded of how great the gift of play is and how important it is to embrace in our homes and youth ministries.