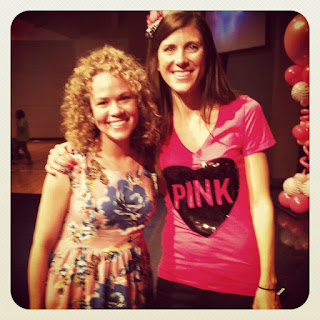 Sometimes we think we know what we are looking for but really we’re just searching for something, something that brings us to life and fills these dry bones with purpose and until we see it we don’t know how to describe it. And it’s even harder to explain how you arrived when you do.

All I can say is that I see an opening, a trail head of sorts where I can make some decisions…

Decisions to mentor and be mentored by friends.
Decisions to abandon mean spirited competition and run toward kindness and sharing.
Decisions to intentionally journey with men and women in mentoring relationships that produce symbiotic and contagious consequences.
Decisions that might triage my own success and education.
Decisions that make saying yes to investing in other people totally possible.
Decisions that lend not to duplication or replication, but in multiplication—of diversity, and strength and power and stability and contentment and possibility.
Decisions to be smitten with wonder, to let it take us where it leads us, to saying yes to the nudgings that are always there if we’re paying attention to what’s in front of us.

It’s crazy how this happened, but a picture my Aunt posted on Facebook led me to understand that my distant paternal grandmother’s name was Mahala Pahalo.

Her first name was a Native Indian word that means woman.

Since I was 17 years old I’ve been trying to understand something God whispered to me, a word he gave me…woman.

What do I do with that God? How do I help? What’s it going to look like? Over a decade later…
I think I’m starting to know.

This summer, in whatever way God leads, Mahala will thrive as we figure it out together.
Right now, there aren’t any structures or steps to getting started. We’ve already started.
We are talking. We are setting things on fire. We are listening. We are falling and getting back up again. We are slaying dragons. We are excited and terrified. We are here. We are gathering. We are having healthy conversations and taking wild steps with our male friends who are also growing and discovering.

We choose kindness and are putting our investments in a portfolio of dreams.

The last four weeks of divine appointments have led to believe that I shouldn’t try to get in the way of this thing, but to let my life float into the space where something can happen. I’ve got to position myself in the water, get on the board, and ride this wave–even though I know that catching it is totally freaky–feeling yourself being lifted into what seems like kamikaze motion–but I know the feeling leads to a place of trust that frees us in giddy and childlike liberation. I feel the tide, the conditions bettering, something has already started to happen.

The first of what I guess I’m calling the Mahala Mentoring Movement is forming–women who are world changers, youth pastors, worship leaders, writers, speakers, advocates, teachers, students, extraordinary humans. Age doesn’t matter. Some will change the world when they are 12. Others will bloom when they are 102. Who are we to say when the time is? But who are we to not begin?

Maybe there will be an organized movement someday, but maybe it’s better if its not organized. It’s more spontaneous. It’s given room to breathe. Just as a worship song is given time to breathe and rest at places that ring the bells of our spirits, we pause–and we ca–because there’s room and nothing keeping us from doing so.

Collected from the corners of the earth, a few of us find ourselves in community, standing at the waters edge, feeling the icy cold water at our waist and paddling out…

Each of these ladies have a circle of their own, they are already investing in and giving to and receiving from. I hope that this becomes the norm over the so-tight-knit-that-you-can-never-get-in sorts of relationships. May we be loosely knit but tightly connected so that spaces are made for others, so that we’re still connected and made stronger.

Let’s be found sharing the joys and hardships of what it means to put ourselves out there with the stuff love is made of. And I know that each of us in our own image-of-God ways are going to change the world (in fact we may already be doing it).

My BIG FAT AUDACIOUS dream, that this would happen in collectives around the world. Mahala circles can be found, where we find less pain and more protection. Mahala becomes together.

I don’t really see myself as an anomaly anymore because I never really was one to begin with.

Who’s with me on the paddle out?
Who’s with you on yours?
Who are you taking with you?

Who is in the mosaic of your Mahala movement?