The Royal Baby of Youth Ministry 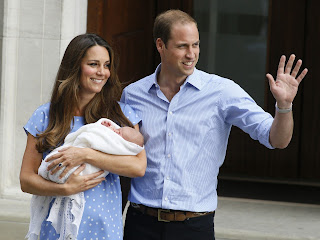 When William and Kate were married, I sat with my friend Leslie with a cup of cookie dough frozen yogurt on her couch. Squealing in delight and freaking out over everything. Her dress. The royal traditions. The flowers. The outlandish guest attire. We soaked it all in and had to rewind it even, maybe a few times.

And they seem so real.
Because they are.

The recent news about the birth of their son, His Royal Highness Prince George of Cambridge, drew me back into their lives like I’ve known them forever and need to know every detail about everything–a really odd appetite considering they are complete and utter strangers to us.

Not going to lie. I really wanted to name our second daughter London Kate. That was nearly four years ago. Long before the Kate and William obsession came to pass.

But we knew that we should probably name our daughter something we chose together. Even though London Kate Lindsey just sounded so absolutely perfect–it was something of a fairytale.

We chose the name Mya Noelle for our second born. Her name is rich with meaning. And now, I can’t imagine for a second her name being “London”. She is Mya “Mya on Fiya” and she is indeed on fire and we love that about her.

The point of this post. We have a capacity to expect great things.
Expectancy fills us with great hope.
And it’s even better when we name that expectancy.

So I wonder.
Like I always do.
About us.

What is so incredible in the work that Christ has set us aside to do, that we’re expectant to name it?
Do you know what it is?
Can you see it?

And when you find out what it is (not a boy or a girl, but a dream or a vision  or a Kingdom likeness…), when you see it, you’ll name it.

You’ll call it by the name that suites it and you’ll show it to the world and it will reflect it’s Parentage.
Christ.

And you’ll look like you just gave birth (guys too!).
You won’t hide in a seclusion.
You’ll come out with it because it’s just too beautiful not to share.

And you’ll glow.
You won’t care if you’ve got a postpartum baby bump.
You’ll wear the after effects of whatever was birthed in your life and ministry with a softened by grace pride–welling up from the inside out.

Because you know, it was worth Jesus to God for you to share it.

What’s your royal baby? Can you name it?
Are you ready to share it with the world?

My youth ministry baby…well, I am expecting that there will thousands….teenagers becoming in Christ because they know of the hope that is in Him, because we said yes. It looks a lot like an all night lock, visible in the dark circles under the eyes and the look of mild insanity. But that’s ok. Because it’s worth so much…to be the carrier of this hope to others.

Would love to know what you’re expecting this year. What is it? We’ll celebrate with you!