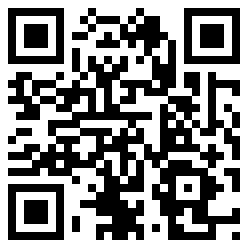 I noticed how some places where teenagers frequent in our town were using QR codes on their cash desks. Places like Tea Largo, Books-A-Million, and Target are planting these little codes on signs where you pay for your stuff. And why not? What are else are people going to do with their phone while they wait for you to dish out some change? They’ll scan the code just to see where it leads.

So, I decided I was going to stick a QR code on our spring retreat t-shirts this year, one that links back to our youth ministry.

You’re asking, what’s a QR code. Basically, it’s a barcode that quickly links a person to a website. You need a barcode reader application and/or camera phone for it to work but most teenagers I know have these on their phones already.

According to Wiki, QR’s are common in Japan, where it was created by Toyota subsidiary Denso-Wave in 1994, the QR code is one of the most popular types of two-dimensional barcodes. QR is the abbreviation for Quick Response, as the creator intended the code to allow its contents to be decoded at high speed.

High speed usually isn’t my first language but this was so easy to do, how can we not utilize it for ministry? I can’t tell everyone how we’ll be using our code(s) just yet though, it’s a surprise for our students and I don’t want to let the cat out of bag just yet.

If you want to make a QR for your ministry, web site, whatever….it’s easier than you would think. Click here to make one in less than a minute.