When we were kids. 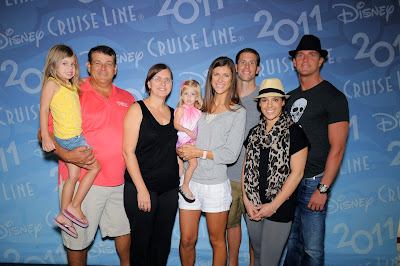 When we were kids. We didn’t know anything outside the states of Ohio and Florida.
There was a season during our parents divorce when we migrated north and south so often that I wasn’t completely sure of my own skin color.

Disney World was the only distant adventure we knew.
We didn’t remember much about that vacation, only that our toes got cut up in a newly constructed hotel swimming pool. I loved being in a car with my family though, even when it was hot. Even though we broke down for hours. I don’t know where we were-but we were together. And we were ok.

Outside of nearly setting numerous forests on fire, breaking too many household appliances to count, wearing out the fry daddy, getting in trouble for stupid stuff, watching MTV for days on end, fist fighting each other over the last Jolly Pirate donut, accidentally on purpose letting our crazy dog Skippy lose in our neighborhood, forgetting that we had a parakeet named Jack living in the basement, beating that Nintendo, and stealing stuff–we were pretty normal kids.

People told me that I should invest my time in modeling. Betsy, she was a adventurous party rocker who’d move to San Diego someday and get a really great tan–making us all look bad. Matt, well, he could pitch a 93mph baseball in the 9th grade, he was headed for a career in the big leagues. And Courtney, sweet Courtney, our sassy karoke singer with a sense of humor, she was going make us all smile. I thought for sure she’d be a the next MTV news reporter, knocking Tabitha Soren out of the park with her better than Cameron Diaz charisma and knowledge of pop culture.

Then we grew up.

I married a basketball superstar who really wanted to be a pastor, went to college, became a youth pastor, wrote some books, and had a couple of babies.

Betsy, moved to Japan, then to Lebanon, met a South African Rugby player, married, moved home to Ohio, learned the art of massage therapy, had a couple of little ones and is now runs her own business educating others on the uses of essential oils.

Matt gave up baseball when he was 19. But he’s pushed through to other successes. Buying and selling cars. Fixing up houses. Having a good time, he’s not married (yet), running the family furniture business and enjoying life with his girlfriend.

Courtney, the best salesperson I’ve ever met, became a mommy of twins at age 16. She has always been a fighter. She is making a way–where there wasn’t much of one–little by little, day by day.

And, mom and dad re-married EACH OTHER.

The weight of hope sometimes isn’t felt until many years later, when we’ve shaken off our condescending and adolescent ideas of what love is. We feel the weight of hope when we realize that it’s miraculous that we’re together and that God was holding it together for us before we knew we needed the glue.

I remember when Courtney prayed for our family. Should couldn’t have been more than four. She had asked Jesus to forgive her and save her in Sunday school and she wanted us all to know that she was praying for us to do the same.

Years later, her prayers have been answered. For every..single..one…of us.

For a long time, I wished for better for my siblings. As the oldest, I just wanted them to get out of the gloom and monotony of living in Ohio. I think I was wrong to want for them what I really wanted for me. And it took a long time for me to see that God is doing something unique in each of us–even though I’ve said it forever–I’m really starting to believe it and be OK with a slow revival in our hearts.

And we have started coming to life, each in our own ways.

It started with Betsy (our great missionary) who traveled to Thailand, India, Lebanon and many other countries, long before she was 18 years old.

Our senior year in college, my husband and I did our church internships near Sao Paulo, Brazil.
Never in a million years, would I have guessed that path for us.
But it scrubbed us to the core and gave us new lenses to look through.

This month. Betsy was in Amsterdam. While Matthew was in the South of France. Courtney, was in Ohio. I hung out in Lakeland, Panama City, and Philadelphia.

It seems unreal looking at us then and now. But the reality is that what was real then is real now it’s just been shifted by the weight of hope and infused with forgiveness and miracles and love higher than the mountains that we’ve faced.

There’s still a lot that all of us have to work on and work through.
Even so, I can’t help but be amazed.
We were born into some difficult things.
With a good chance of losing our way.
We knew how to get in trouble.
We could construct words that no one has even heard of before.
We could visit family in prison.
We are from what everyone in the entire world is from..from brokenness.

I’m certain that in that same brokenness is where hope starts.

And hope is heavy leverage. It lifts us to next chapters, to next steps, to redemption and rescue. It finds us where we are and takes us to where we need to be.

As I think about how odd and amazing this month was, with siblings scattered all over the world. Each of them finding their hearts and discovering God in their own time I realize that it was and is always God’s work. That I can’t rush it.

I can’t wish for it to happen faster. I have to trust with every fiber that God will finish what God started. I’m noticing that there’s a lot of beauty in the mundane. In the stability of a life lived in one place for a certain period of time. I’ve quit trying to change them. I’m sorry for the times I’ve tried to do that. The change is in God’s hands and I know that now.

Thank God for any family that you have, wherever they are on their journey. Don’t forget them as we dial in on relationships with teenagers and church members. Let’s keep in mind that hope keeps us moving mountains with faith.