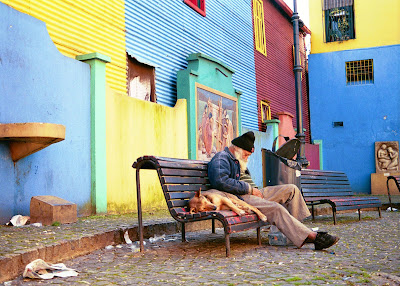 There are risks we take when we invite teens to participate in mission work. Whether it be volunteering at a shelter, cleaning up trash, or playing with kids—there are risks. (But we have waivers for those kinds of risks, right?)

What we don’t have waivers for—are the heart risks—the places we go that make us vulnerable to change and to love. I’d much rather call it love work than mission work, but who’s worrying about semantics when we are in the middle of it living it anyway?

Often the biggest (and most beneficial) risks we take involve exposing teenagers to the ministry of reconciliation or the reestablishing of relationships.

When I think about missions, I primarily think about the heart investments. I don’t think anyone sits around wanting to be someone’s “mission”. But, there are people all around us who are hoping to be loved and to love others, to be taken care of and to care for others, to feel relief and to give it. When a teenager is exposed to this type of giving and receiving, so much can change in their hearts—as they widen and realize that we will all be changed, regardless of where we are when we start the process.

Jesus calls us to connect others to him. After all, he told us he would teach us how to be fishers of people.

A few years ago, teenagers from South Florida gathered together to serve the greater Miami area at a missions event where I was the speaker. There was one girl from Lake Worth, who experienced this risky business up close. Tears streamed down her face as she shared what had happened to her that day…

She was in a single parent home and life wasn’t so easy. She came to serve others and to give (even in her own brokenness) whatever she had to Jesus. Little did she know what this would mean.

They packed their van and headed to an area where homeless people could be found. Their mission: to smile, to say “you’re loved”, and provide food. So she began, reaching out, giving food, overlooking the smells and the sights and the temptation to judge. Worry is replaced with courage. Standoff-ish fear is replaced with a gentle and approachable love.

Then she met him, one particular homeless man on the street, she stretched out her arm and offered a smile as he sat hunched and staring down into the pavement.

Seeking to meet his eyes she says, “hello.”

He looks up, sad and tired eyes meeting hers, and she recognizes in them, her very own father.

For months she had no idea where he was or what he was doing. Miles from home, she is able to love the father who left her. To find him there, homeless, was something she didn’t expect. To find herself serving him unselfishly without bitterness or pain, caught her off guard and she began the process of forgiveness.

Her unselfish love spoke volumes to us, but more to a father needing hope at the bottom of it all.

That evening she worshiped with the other students, just like them in every way but one—she had ministered to the poorest of the poor that day—and identified with him as her own.

Missions aren’t about a hand out. They are about a hand in the work of the Kingdom. It is an active participation in reconciliation, forgiveness, and restoration. God is making all things new and we just never know who or whose we are reaching out to.

Let’s keep asking the questions: Who are we loving today? Who are our neighbors? Are we helping young people ask these questions and giving them confidence to try answer them on their own?